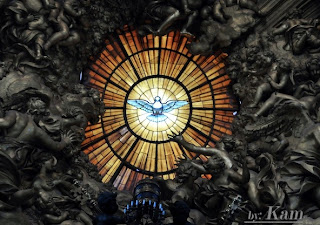 now from my investigations, most "gods" have several things in common :

they are several other common traits amongst the gods of various religions but the above 3 seem to be almost universal.

so we have a god and we say we believe in said god.. now comes the fun part : how does said "belief" translate from the page of the text or the sermon propagated in hushed crowds into our daily living ?

everywhere is EVERYWHERE !  or to be pedantic, god cannot not be anywhere ... now if we believe this, we simply cannot dislike anyone or get angry or be petty as these emotions or thoughts would then be directed at god although in the same breath, they would seem to originate from god ( since our mind and emotions are part of the "everywhere" )

so what happened to our "belief" ?

of course, i could go on ad nauseam about all aspects of everyone's god and the resulting belief system but the point is this : if you believe, does your life bear witness to this belief and if not, who are you trying to kid ?  others or yourself ? and ultimately, at what cost ?

there are, of course, various aspects of higher philosophies that may wish to argue that the entire question is incorrect and hence moot.  i agree,  so let's not argue - that is, if you actually put those philosophies into practice.   remember, thinking you understand something is not the same as living it ( or pretending to live it )

let's see how we live today.
Posted by Unknown at 8:36 AM