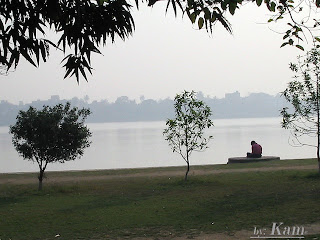 here is a fascinating quote from Sri Aurobindo's commentary on the Isa Upanishad:

One transcends confusion of Ignorance, but not limitation of Knowledge.

a man who knows he knows not can pursue a line of study, he can overcome his ignorance of his chosen subject, but someone who feels he already knows all that there is to know, in what direction would he be motivated ?  his conviction of his genius, his assumed mastery of all that is there to be learnt, form the knots of the noose from which he will hang in limbo - unable to move forward, he simply dangles ... informed yet unenlightened.

the process of spirituality springs from the mire of misery, one walks down a lonely road, evolves and then reads - guided properly in his study, his knowledge is to be his springboard, not his destination - here is where most falter, established in a supreme ego sense of " i know ".

knowledge "of" is not the same as being established "in" ..

ignorance and knowledge : one leads you to the sense that something more exists and the other assists in its ultimate accomplishment - both are His, from Him and leading to Him alone...