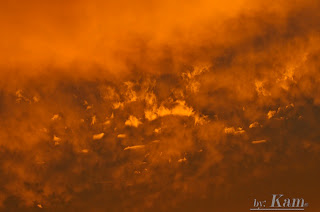 many declare with great enthusiasm " i live life with a passion ! " : that is just awesome !  bravo !

only problem is that it opens you up to a whole universe of agitations and disappointments for to be passionate about anything ( noble or base ) is to subject yourself to a heightened involvement of the mind into a world of tremendous flux and the chances of your circle of passion falling into synchronicity with the tangent line of the happenings of world is exceeding fleeting, if at all.

it is like throwing a cube of salt into the ocean and trying to dictate where is should land on the ocean bed.

hence it is easily observed that "these men of passion" are also men who never seem to be happy the morning after ... they are looking for the next "high", the next event or the next "cause".... always the next, for the now is not a place they can exist -  passion and contentment are two every different goals...

one who is lost in watching the drama projected on the silver screen is totally unaware of the screen that it is being projected upon.  to "see" the two as distinct requires tremendous discipline - not just as a fleeting awareness but as a constant truth, one being the substratum and the other, simple images born of a coalesce of dancing light which, in essence, have no reality.

a personality, whose mind has been educated and  has then gained a discipline through continuous discrimination and dispassion, does not get disturbed with the highs and lows, is not drowning in a sea of unmet expectations and above all, can live in a constant awareness of the Substratum, is the one to be applauded for he has seen the Truth ; he is equipoised and serene, ever with a smile for all.

the man who is ruled by mere passion should simply be pitied : his passion is, in fact, his poison.